Just a two-hour train journey from London, York’s biggest claim to fame is having the most beautiful street in Britain, named The Shambles, and is even reported to have been the inspiration for Harry Potter’s Diagon Alley!

Like many places in Britain, it is also home to a magnificent cathedral that is well worth a visit. 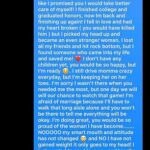